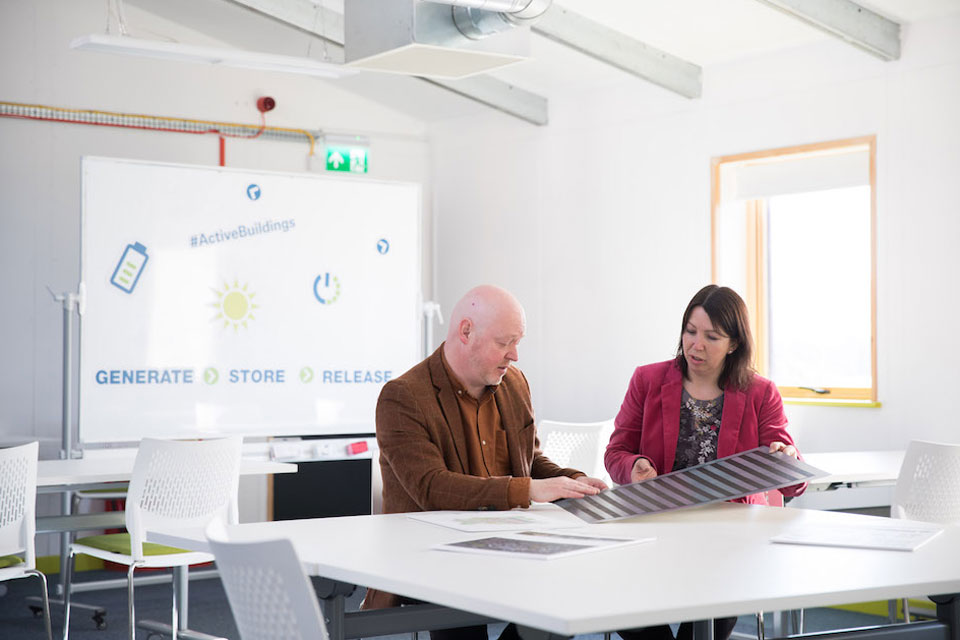 Swansea University has opened the first energy-positive classroom, generating more than one and a half times the energy that it consumed in its first year.

The Active Classroom, named Project of the Year by the Royal Institution of Chartered Surveyors (RCIS) Wales, took eight months to build and uses a mix of technologies to create as much energy output as possible.

Now proven, it’s hoped that the technique can be set for a wider roll-out.

Discussing the project, Professor David Worsley, Swansea University, said: “The idea that a building has to consume power to survive is a bit 20th century. We can generate up to 50% more power from a building than it uses.

“If we make buildings that generate more power than they use, over time, the built environment can play its part in decarbonisation.”

The Active Classroom was designed and built by the SPECIFIC Innovation and Knowledge Centre at Swansea University. Another pioneering initiative by the university, Project SUNRISE, aims to put solar energy and new technologies into 5 villages in India, allowing them to become energy self-sufficient, through a £7 million consortium of UK and Indian universities.

SPECIFIC was set up in 2011 with a five-year £20 million commitment from the Engineering and Physical Sciences Research Council (EPSRC), Innovate UK and the Welsh Government, along with investment from Swansea University and industrial partners.

The second phase of the project began in April 2016 with £26 million funding from EPSRC, Innovate UK and the European Regional Development Fund through the Welsh Government.

Following the success of the Active Classroom as a demonstrator, Innovate UK supported the construction of SPECIFIC’s Active Office, opened in June 2018, which accommodates 30 members of staff and can share solar energy with the neighbouring Active Classroom.