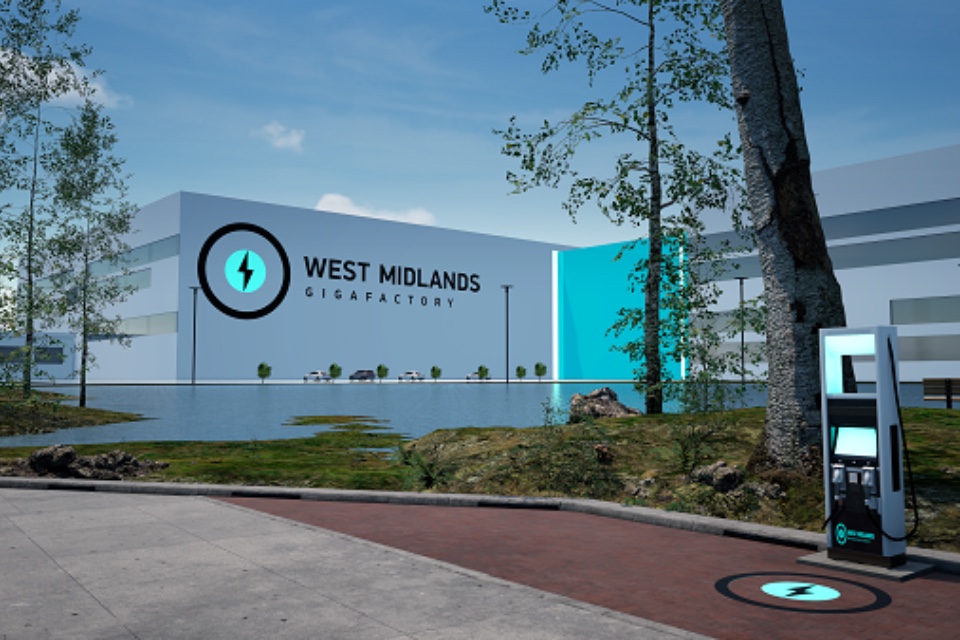 Warwick District Council and Coventry City Council have resolved to approve outline plans for a Gigafactory which will result in £2.5bn investment, creating up to 6,000 new highly skilled jobs directly alongside thousands more in the wider supply chain in Coventry, Warwickshire and the surrounding region.

Production ready from 2025, the 530,000sqm facility will manufacture high-tech lithium-ion batteries for the global automotive and energy storage industries. The Gigafactory will have capacity to deliver up to 60GWh by the end of the decade.

As the world rapidly moves towards an increasingly electrified future, Gigafactories have been identified as critical to the UK’s automotive and domestic energy sectors, future economic growth and achieving Net Zero targets making the West Midlands Gigafactory an imperative for the UK’s electrified future.

Mike Murray, Project Director, said: “This is an important milestone for the West Midlands Gigafactory. With outline planning permission supported, the site has everything in place that future investors, likely to be drawn from the global battery industry, need for a state-of-the-art Gigafactory. Thanks to this decision, we are now in strong position to progress our discussions with the global automotive and energy storage industries.

“Located at the heart of the UK’s automotive industry, the Gigafactory is closer to almost every car manufacturing plant in the UK than any of the other proposed or Gigafactories under construction making it an ideal location for global battery manufacturers.”

Cllr Jim O’Boyle, cabinet member for jobs, regeneration and climate change at Coventry City Council said: “This is good news for Coventry. The Gigafactory, alongside our ambitions including Very Light Rail, will put us at the front of the green industrial revolution bringing significant investment and job creation to our city.

“The Gigafactory is part of Coventry and Warwickshire’s ambitious 10-year vision and investment plan, it is at the heart of an area that has been developed to create the right environment for the next generation of automotive investment.

“We have the location, people and supply chain expertise developed in the automotive and battery sectors over many years to make us the perfect location for a Gigafactory. The next step is to secure an investor to ensure that the wider automotive and battery ecosystem in Coventry and the West Midlands continues to contribute towards increased economic growth, job creation and skills development.”

Andy Street, the Mayor of the West Midlands, said: “This is another crucial step forward in bringing our plans for a West Midlands Gigafactory to life.

“Not only will a Gigafactory support the future of our region’s automotive sector, creating thousands of new jobs, but it will also help protect our planet from the climate change emergency. It truly would be a game-changer, and I am delighted both Warwick District Council and Coventry City Council have recognised this and backed our vision.

“The West Midlands is already home to the country’s biggest car manufacturer, Europe’s largest research centre of its kind, the UK’s only battery industrialisation centre, and a world-leading supply chain. A Gigafactory therefore is the natural next step for the UK’s automotive heartland, and, working in partnership with industry and the Government, we will not rest until we have secured one.”

Councillor Andrew Day, Leader Warwick District Council: “In the past 100 years, there has probably not been a more important decision for the British Automotive industry. A new industrial revolution is underway and once again the West Midlands is playing a key part. We’ve the opportunity now to create thousands of new and highly skilled jobs, boosting the national effort to reduce carbon emissions and build a more prosperous local economy.

“This has been a collaborative effort and special tribute is due to our dedicated officers and advisors who supported our residents and Councillors in completing the rigorous assessment of this far-reaching proposal.  We stand ready to work with the Local Enterprise Partnership and other authorities, to engage the local businesses affected and assist our residents in dealing with the detailed plans as they come forward.”

Powered by 100% renewable energy, plans for the Gigafactory include one of the UK’s largest rooftop arrays of photovoltaic panels to harness solar power to operate the factory. The site includes facilities to store any excess solar energy for use when its needed.

The Gigafactory will adopt a Net Zero transport and logistics strategy with excellent access to the UK’s motorway network as well as electrified road and rail options saving seven million miles of HGV traffic on roads annually.

West Midlands Gigafactory is a public-private joint venture between Coventry City Council and Coventry Airport Ltd. It has support from an alliance of West Midlands industrial groups, local government and academic institutions.

Following the positive resolutions at both planning committees, outline planning permission will be formally issued once the associated legal agreement has been signed and government has been consulted. This is expected in March 2022.