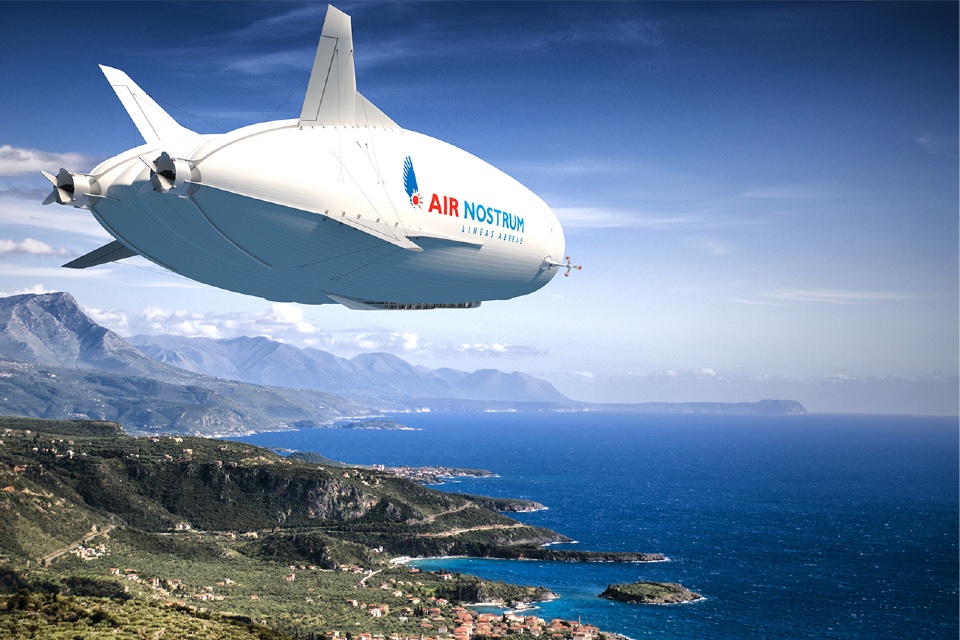 Hybrid Air Vehicles (HAV) has confirmed an aircraft reservation agreement with European regional airline Air Nostrum Group for its Airlander 10 aircraft, an order that will be fulfilled from a manufacturing base in the north of England.

HAV is in advanced discussions with the South Yorkshire Mayoral Combined Authority (SYMCA), Doncaster Council and other local and national stakeholders on plans to manufacture Airlander 10s within a new green aerospace manufacturing cluster in South Yorkshire.

While the Air Nostrum Airlander 10 fleet is set for initial operations across Spain, HAV plans to launch production of the aircraft in South Yorkshire UK, this year, creating thousands of skilled jobs in green aerospace technologies and supporting levelling up across the region.

The reservation agreement follows six months of rigorous studies and modelling carried out by Air Nostrum Group and HAV into the operation of Airlander 10 on Spanish domestic aviation routes and the associated economics. Airlander 10 aircraft are expected to diversify and complement Air Nostrum Group’s existing aircraft fleet currently operating on these routes, carrying 100 passengers while producing only around one tenth of the harmful emissions.

Carlos Bertomeu, President, Air Nostrum, said: “We are exploring each and every possible way to reduce our carbon footprint. This is something that we have been doing for many years. The Airlander 10 will drastically reduce emissions and for that reason we have made this agreement with HAV. Sustainability, which is good news for everyone, is already a non-negotiable fact in the daily operations of commercial aviation. Agreements such as these are a very effective way to reach the de-carbonization targets contemplated in the Fit for 55 legislative initiative.”

Tom Grundy, CEO, Hybrid Air Vehicles, said: “Airlander is designed to deliver a better future for sustainable aviation services, enable new transport networks and provide rapid growth options for our customers. Our partnership with Air Nostrum Group, as the launch airline for Airlander 10, leads the way towards that future. As countries like France, Denmark, Norway, Spain and the UK begin to put in place ambitious mandates for the decarbonisation of domestic and short haul flight, Hybrid Air Vehicles and Air Nostrum Group are demonstrating how we can get there – and get there soon.”

Business Secretary Kwasi Kwarteng said: “Hybrid aircraft could play an important role as we transition to cleaner forms of aviation, and it is wonderful to see the UK right at the forefront of the technology’s development. This agreement enhances the possibility of the revolutionary, British-made and designed, Airlander 10 aircraft flying across Spanish skies. It is more proof of how the UK’s businesses are embracing new technology to drive growth and support high skilled UK jobs.”