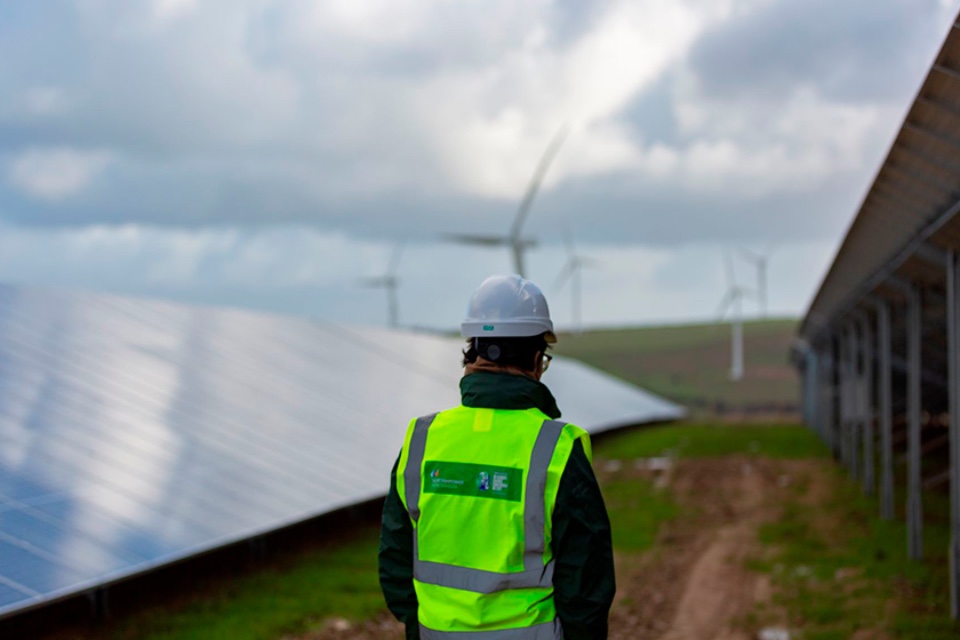 The revolutionary GreeNH3 project has promised to transform the ammonia production process and usher in a new era of green hydrogen storage and distribution.

Ammonia – produced using hydrogen and nitrogen – is critically important in the production of fertiliser and as a fuel or energy carrier for hydrogen. However, the world’s largest ammonia production technologies use hydrogen from fossil fuel sources, with the majority of the carbon emissions generated in the hydrogen production method.

The GreeNH3 project will use Supercritical’s proprietary high-pressure electrolyser – powered by renewable energy – to deliver hydrogen without the need for gas compressors. This will then be used in Proton Ventures’ NFuel unit where the green hydrogen, under extremely high pressures, is combined with nitrogen from the air to produce ammonia.

Moving ammonia production to a greener process powered by renewable energy will not only help reduce the country’s reliance on fossil fuels; it could also help stabilise future energy costs for industry by breaking the link with the volatile gas market, which has seen prices reach unprecedented levels in recent months.

ScottishPower will operate the pilot facility, providing operator and market feedback – it is already exploring the export of green hydrogen or ammonia from the UK to countries like Germany through the Scot2Ger initiative.

The funding from the UK Government, supplied under the Low Carbon Hydrogen Supply 2 Competition, aims to support innovation in the supply of hydrogen, reduce the costs of supplying hydrogen, bring new solutions to the market, and ensure that the UK continues to develop world-leading technologies for a future hydrogen economy. It follows on from the first Low Carbon Hydrogen Supply Competition. The competition forms part of the Net Zero Innovation Portfolio (NZIP).

Barry Carruthers, Hydrogen Director at ScottishPower, said: “Innovative solutions like this are driving forward the clean fuels revolution, bringing green hydrogen and ammonia to markets that may not have realised there is a greener alternative, giving them a chance to do their bit for Net Zero. We’re looking forward to working with our partners on this study and hopefully demonstrating a more sustainable, cost-efficient way of producing ammonia.”

Luke Tan, Chief Product Officer at Supercritical, said: “Supercritical’s electrolyser is a hand in glove fit with the Haber-Bosch process. This demonstration opportunity will prove that, enabling a new market for green ammonia.”

Nitish Gadgil, Project Manager at Proton Ventures, said: “Proton Ventures is proud and excited to partner up with Supercritical and ScottishPower for this innovative GreeNH3 project. Our modular NFuel unit produces green ammonia, which is the most promising green hydrogen carrier and we strongly believe that this study contributes in kickstarting the green hydrogen economy.”

Energy Minister Greg Hands said: “The UK is truly leading the world in hydrogen innovation thanks to exciting efforts like this. The government support received today will help to boost the development of hydrogen as the clean, affordable, homegrown superfuel of the future.” 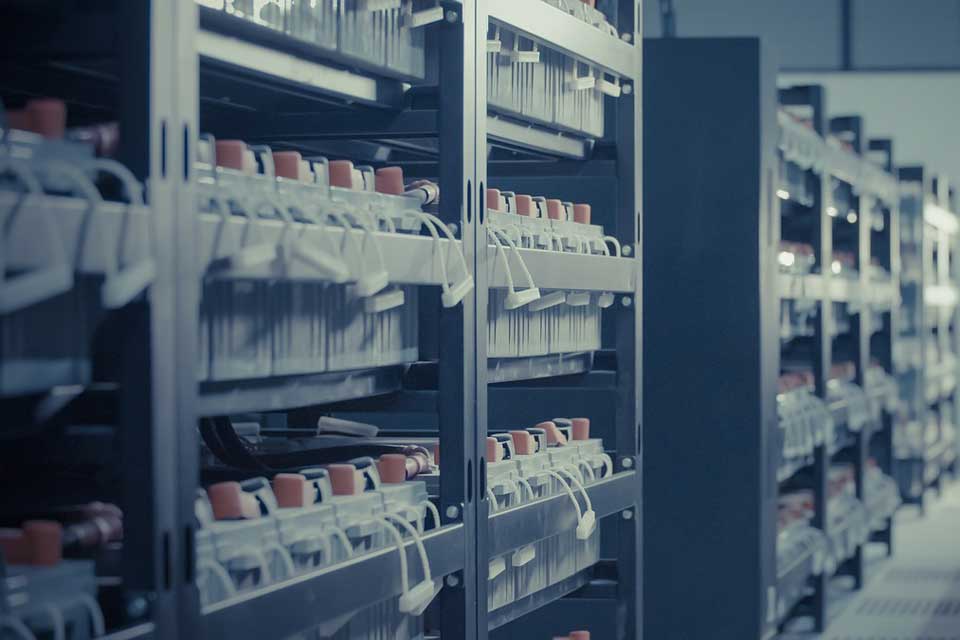 Do you specialise in Energy Storage? We want to hear from you!

So, if you’re a supplier of Energy Storage solutions and would like to be included as part of this exciting new shop window, we’d love to hear from you – for more info, contact Lisa Rose on 01992 374077 / l.rose@forumevents.co.uk.

Do you specialise in Energy Storage? We want to hear from you!

Each month on Energy Management Briefing we’re shining the spotlight on a different part of the market – and in June we’ll be focussing on Energy Storage.

So, if you’re a supplier of Energy Storage solutions and would like to be included as part of this exciting new shop window, we’d love to hear from you – for more info, contact Lisa Rose on 01992 374077 / l.rose@forumevents.co.uk. 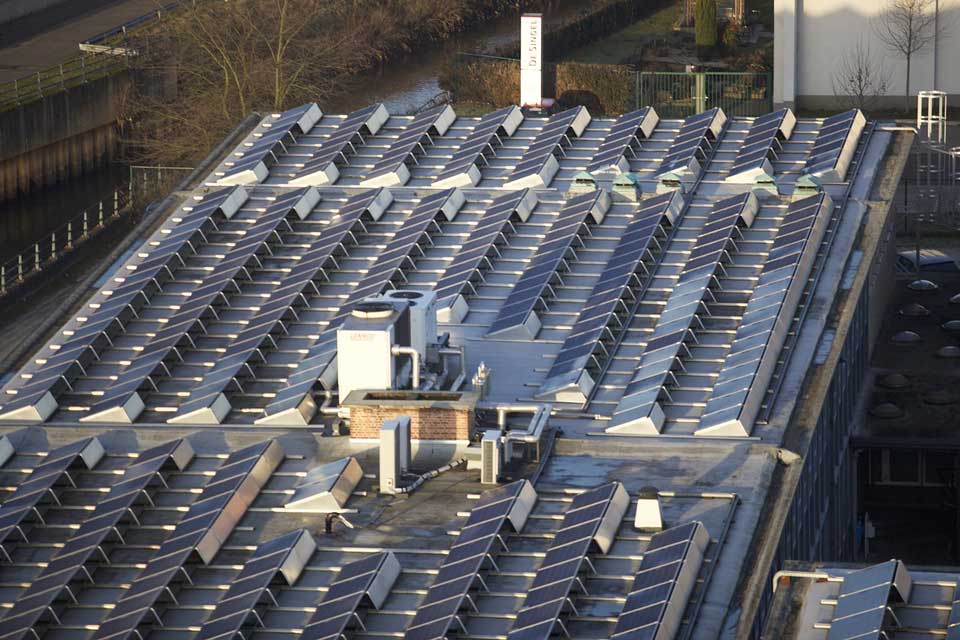 EDF doubles down on energy storage with PowerUp investment

Cleantech sector startup PowerUp has completed a new round of funding worth €5m from Supernova Invest, business angels, and the EDF Group.

Founded in 2017, France-based PowerUp has developed a breakthrough technology based on more than ten years of research by CEA-LITEN (innovation laboratory for new energy technologies), as well as on a total of 7 patents.

Its solutions aim to optimise the performance and lifetime of lithium- ion batteries in order to enhance the reliability and competitiveness of future energy storage systems.

EDF Pulse Croissance’s investment in PowerUp is part of the EDF Group’s Electricity Storage Plan, which targets the installation of 10 GW of new storage capacity by 2035.

The investment in PowerUp reaffirms EDF’s desire to be a major player in the energy transition and in low-carbon generation.

This new display of confidence is aimed at enabling it to continue its growth in France and Europe. It also marks the start of a new era: PowerUp says it’s is now ready to tackle the energy storage systems sector, a new international market for the firm.

Josselin Priour, CEO and Co-founder of PowerUp, added: “With this fundraising round, PowerUp is entering a new era. In 2021, we will be embarking on a phase of increased production, and this capital will support our growth. In addition to securing our leadership position in France, we aim to grow our business in Europe and North America. Behind this growth lies a real need: more than ever before, we need to increase the lifetime of our batteries to ensure greener energy production.”

The energy storage market ‘paving the way for next energy revolution’

The energy storage market has caught the eye of a number of stakeholders involved in the power industry, leading to its considerable growth and opening the way for the next energy revolution.

The report says demand for energy storage system (ESS) devices in the power sector is increasing rapidly, particularly after the increase in the renewable energy integration into the grids. Intermittent power supply led to demand for the storage of electrical energy and supply during peak load periods. ESS devices can help make renewable energy – whose power output cannot be controlled by grid operators – smooth and dispatchable.

Sneha Susan Elias, Senior Analyst of Power at GlobalData, said: “Battery energy storage system (BESS) is regarded as a crucial solution for overcoming the intermittency limitations of renewable energy sources (RES). The battery energy storage market reported cumulative deployment of 4.9 GW at the end of 2018 and is expected to reach 22.2 GW in 2023, with the US accounting for 24.7% of the global capacity. The deployment is expected to grow, due to a large number of countries opting for storage utilization to support their power sector transformation.

“The expansion in battery manufacturing capacity and falling costs resulting from the electric vehicle (EV) industry are driving growth in energy storage services and new markets. This fall in battery prices has favored the battery energy storage market and has speeded the deployment of energy storage projects globally.

Image by Bert Braet from Pixabay 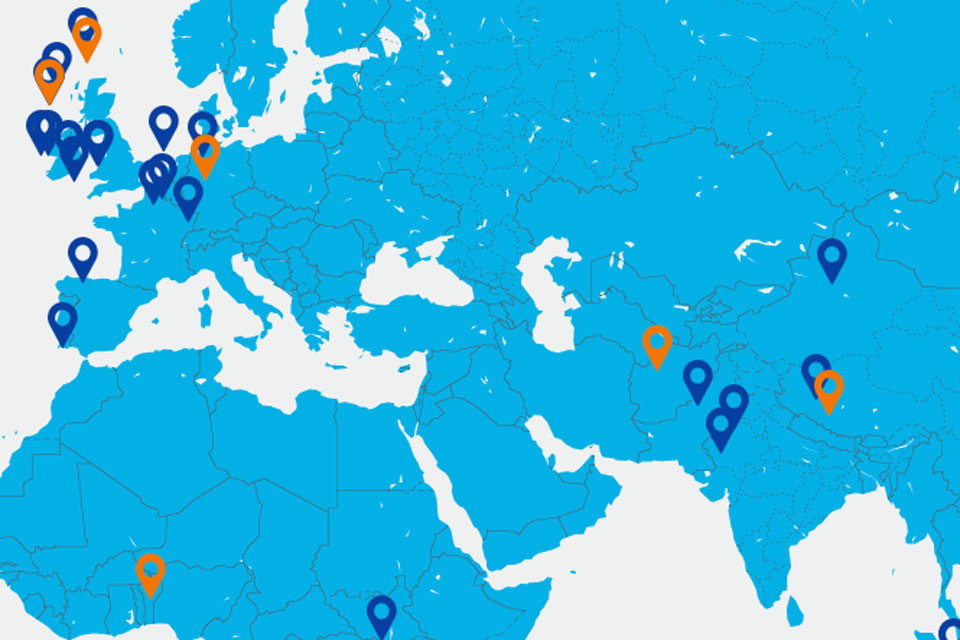 A digital map detailing more than 120 lead battery-powered energy storage projects has been unveiled by the Consortium for Battery Innovation (CBI).

The feature is included on the Consortium for Battery Innovation’s website.

Through a range of case studies, the map details how lead battery storage is supporting utility and renewable energy systems. This includes providing back-up for local power grids and supplying off-grid electricity to power remote communities.

CBI Director Dr Alistair Davidson said: “We are seeing growing interest in lead battery energy storage for utility and renewables systems all over the world. The aim of this initiative is to highlight some of these installations and encourage companies to share other examples we can highlight demonstrating the variety of projects currently in place.”

“Our analysis suggests demand for battery energy storage will increase significantly in the next five years. This new tool will allow us to demonstrate that the latest lead battery technology is supporting a wide range of installations with reliable, safe, sustainable and cost-effective energy storage.

“A focus of CBI is to conduct pre-competitive research to support development of the next generation of lead batteries which will significantly extend both battery life and performance, to support diverse energy systems and electrification.” 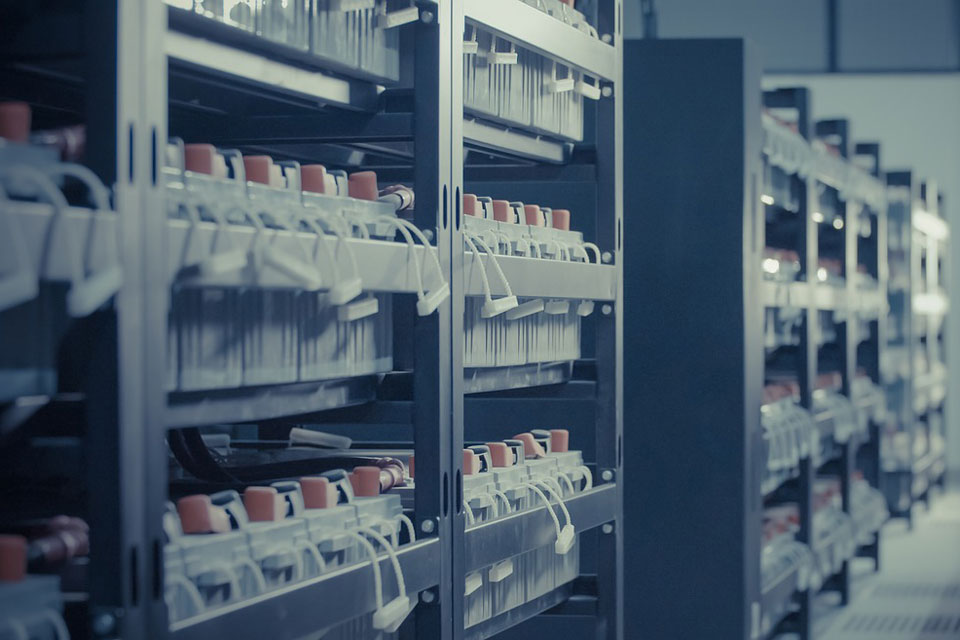 Second-life lithium batteries from Renault cars will be installed by Northumbrian Water through 2019 in a bid to trial energy storage systems by the company.

The trial is expected to take place at the company’s sites across the north-east of England and the counties of Essex and Suffolk.

The storage units will be used to manage energy loads and help reduce energy spend, particularly through the night, in addition to providing power through peak evening times.

The batteries will be commissioned by Autumn 2019 and will be a joint contract between Northumbrian Water and partners, including Argonaut Power, with the latter supplying the behind-the-meter storage systems and managing the operation.

The battery systems will be provided by energy storage engineering company, Connected Energy.

Argonaut Managing Director and Ingenious Senior Investment Director Roberto Castiglioni said: “We are excited to enter into an exclusive partnership with Northumbrian Water to install and manage behind-the-meter storage at some of their critical sites.

“We believe we have created something unique and innovative through a combination of technical and financial engineering. As far as we know, we’re the only fully-funded solution offering 30-year storage installations to commercial and industrial customers under a revenue sharing agreement, boosting site profitability.”

Northumbrian Water Energy Development Manager Anthony Browne said: “Large-scale battery storage is going to be a major feature of the electricity industry going forward and this is a great opportunity for us to develop our understanding of these processes.

“We expect that having batteries on site can also help us obtain more value from any renewable energy we generate on our sites.”