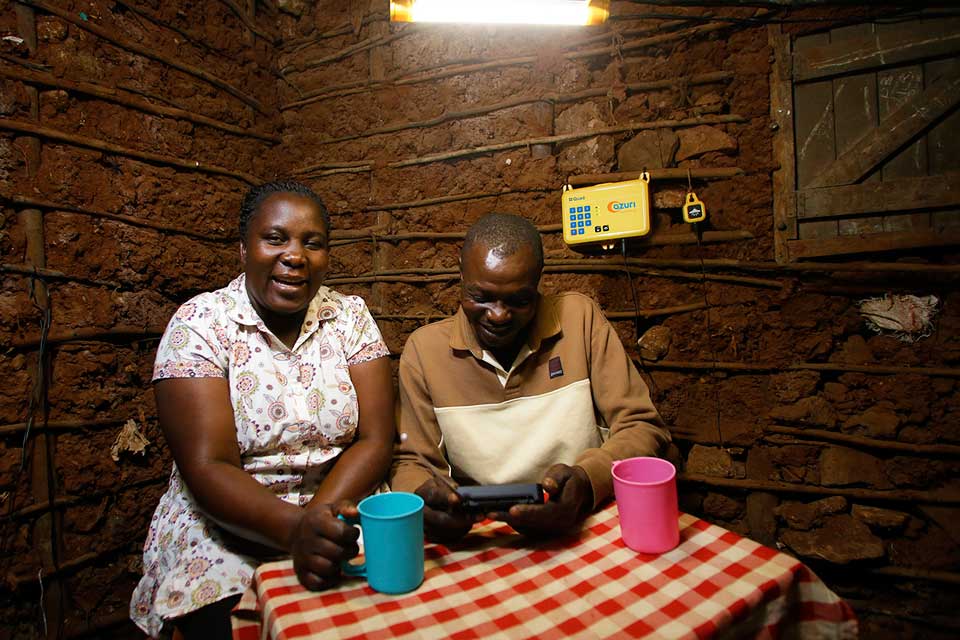 GUEST BLOG: Why the new energy generation should not focus on the past

The saying goes, the best way to predict tomorrow’s weather is to assume it will be the same as today. A lot of the time it will be. But this approach gives you no insight into what the future will bring and fails horribly when disruptive change is around the corner and people are left unprepared. That’s why weather forecasts were invented.

Similarly, in the energy sector it’s all too easy to look to traditional markets today for tomorrow’s energy solutions. But in doing so we are in danger of not letting go of the past and failing to be properly prepared for the future. Two hundred years of electricity history and infrastructure makes it difficult for alternative approaches to compete with what is already there.

Instead we must look at places where the established order does not exist, where innovative approaches compete on their own merits and where the future is able to shine through. Look at renewable energy. In the mainstream, there are people with solar panels on their roofs, there are solar farms, wind farms and hydro power, but the renewable energygenerated by these generally goes back into the grid.

To see the true value of renewable energy, look to where the grid does not exist. In sub-Saharan Africa, 600 million people, that’s well over half the population of the continent, have no access to the grid. Here households are increasingly using solar power as their first step to getting energy access. Solar and batteries have many advantages. For one, the cost of connecting to the grid, on average, is about $2,000, whereas a basic solar home system can be purchased for as little as $50. These solar systems may not have the capacity of the grid, but they do deliver something the grid cannot in Africa: clean and reliable power that can be managed by the customer themselves.

The past can provide some valuable insights, but these must be applied with new technologies and perspectives. Many households in Africa without any electricity spend around 50 cents per day on fuel for lighting and to get someone to charge their mobile phones. In 2012, companies started offering small solar home systems on a rent-to-buy basis (PayGo). At that time, 50 cents per day would buy you a single small light and some phone charging. Dial forwards to 2019 and the same money will get you a home lighting system with 4 LED lights, phone charging, rechargeable radio and torch. For $1 a day you get a 24-inch smart TV with 60 channels of satellite content.

The cost of solar is coming down at a rate of around 15% annually. Similarly, the cost of batteries is falling rapidly, driven by the demands of the electric car industry, especially in China. If we can go from powering a small light to providing basic household electricity in 7 years, imagine what will be possible in another decade. The same money will likely get you about 4 times the power of today’s systems; enough power to drive a TV, fridge, fan, laptop, lights, phone charging and internet access. Couple that with gas for cooking (and heating if necessary) and you have pretty much covered the household needs for many homes.

The cost of accessing the grid is not reducing. If the cost of connecting to the grid is unaffordable, it may well simply become redundant in the future. After all, standalone power gives you what you need at an affordable price.

At a time when the world’s leaders are meeting regularly to look at the future of the climate, it is good to reflect on global trends in sectors which can have a direct impact. While predicting the climate from historical information remains very difficult because of the complexity of global interactions, looking at the trends in the cost of solar and batteries is much simpler.

These trends tell us that new technology and new ways of energy generation will overtake conventional ways very soon.

In many parts of Africa, it already has. Look at the millions of off-grid households that have already found the cheapest source of electricity that generates no carbon whatever. Of course, there is still some carbon footprint from the equipment’s manufacture, but this is reducing all the time. The gap between what these systems can power compared to normal household use of the grid is rapidly reducing to zero.

On a continent with the highest annual population growth on the planet at about 3%, that’s adding the equivalent of nearly half the population of the UK every year, it’s encouraging to see millions of households skipping the fossil fuel generation and jumping directly into clean electricity and a digital world powered by the sun.

Simon leads the team at Azuri Technologies, bringing affordable clean energy to rural off-grid households in Africa. He has 25 years global experience in building rapid-growth, technology-based businesses, including 7 years at Symbian, the phone OS maker, where he was a member of the Leadership Team and VP Global Marketing. Simon also founded Myriad Solutions Ltd and was named a Global Technology Pioneer by the World Economic Forum. Simon was formerly an Industrial Fellow at the London based Royal Society and Research Fellow at Cambridge University in the UK. Since Azuri Technologies was launched in 2012, nearly a million people have benefited from clean, reliable energy in rural Africa.